The Utility Regulator has sough to create a commercial single system operator of the transmission network in Northern Ireland to fully streamline commercial operational activities.  A contractual arrangement between the TSOs led to the formation of GMO NI, which will manage and administer a single network code and IT plafrom as a single entity, therefore delivering efficiencies for their customers into the future. 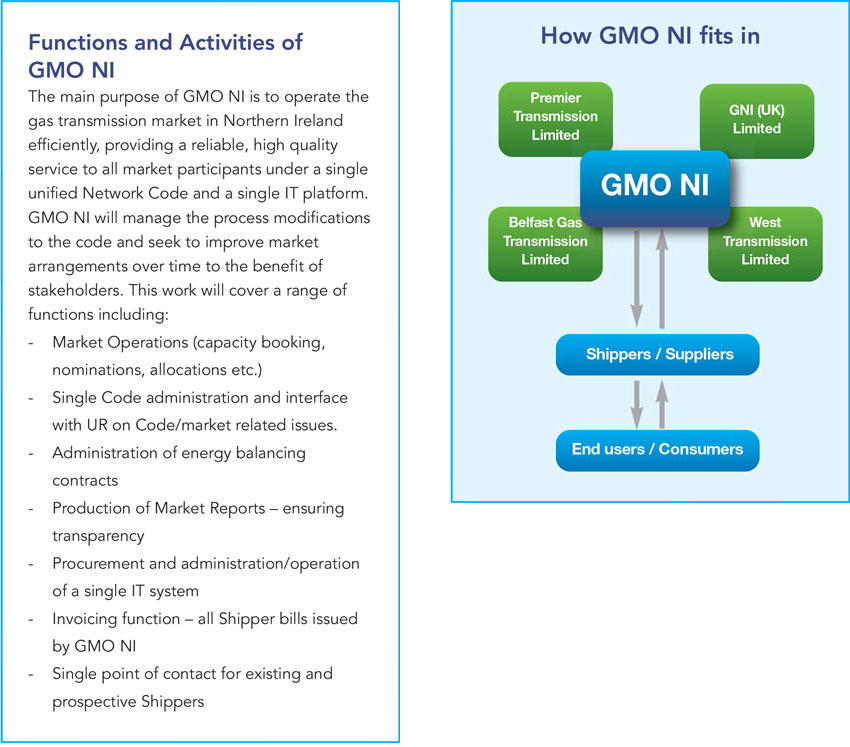 For further details on GMO Northern Ireland, including in relation to the NI Network Gas Transmission Code or the Connections Policy, visit the GMO NI website www.gmo-ni.com  or contact GMO NI on 028 9590 9250.