Mutual Energy previously announced a plan to deal with the Moyle HV fault by way of preparatory work at sea in May 2017 followed by the full repair this September. We are pleased to report that we have now finished the September campaign using Nexans cable laying vessel, Skagerrak and a section of new cable has been successfully jointed into the south cable to replace the defective part. A photograph is attached showing the final over-boarding of the repaired cable (attached to a semi-circular frame) in the early hours of 21st September. Skagerrak has now also completed the burial and survey of the newly installed cable, and has demobilised from the site. Cable testing is underway, which will include a short outage Tuesday 26th, and we expect Moyle to return to full commercial operations by 06:00 Wednesday 27th. 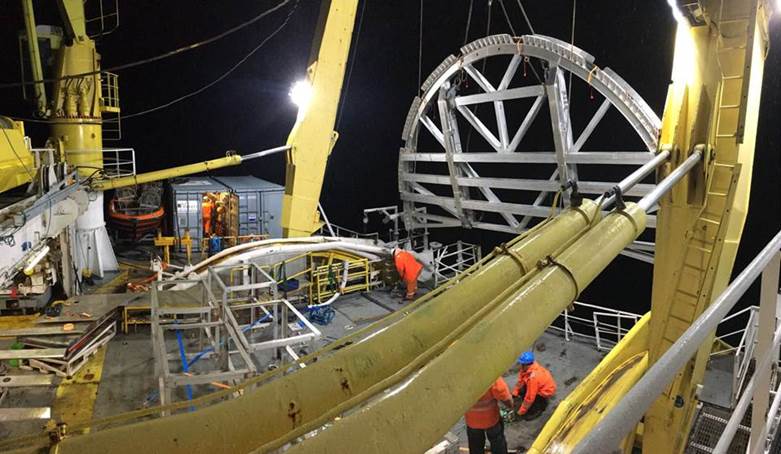