Progress on the pipeline across the West has been clearly visible to residents over the past few months.

Despite the poor weather during the first few months of the year, followed by the late winter storm referred to by many as the Beast from the East, major parts of the pipeline are now in place. The rate of progress has been further hindered by productivity issues experienced by the principal contractor however these have been largely rectified in recent months.

“We have completed not just a considerable length of pipeline, but we have carried out a range of river crossings such as the Blackwater and tunnelled under a number of major roads – including the A29 and the M1 motorway,” commented Paddy Larkin, CEO of Mutual Energy, who in conjunction with SGN Natural Gas, is responsible for delivering the project.

Major challenges have been overcome and with the recent better weather the project is now on track to be operational in the second quarter of next year with large customers being connected initially. Onward distribution to domestic customers in the towns can then be rolled out.

“This is a significant project and while we are all keen for quick progress we have to ensure that work is carried out safely and that the disruption for local landowners and residents is minimised.”

“Taking all the constraints we face into account, and given the scale of this project, what has been carried out to date is a considerable achievement. Progress going forward, however, remains subject to normal construction challenges with much depending on the weather.”

‘Gas to the West’ is a major infrastructure project; 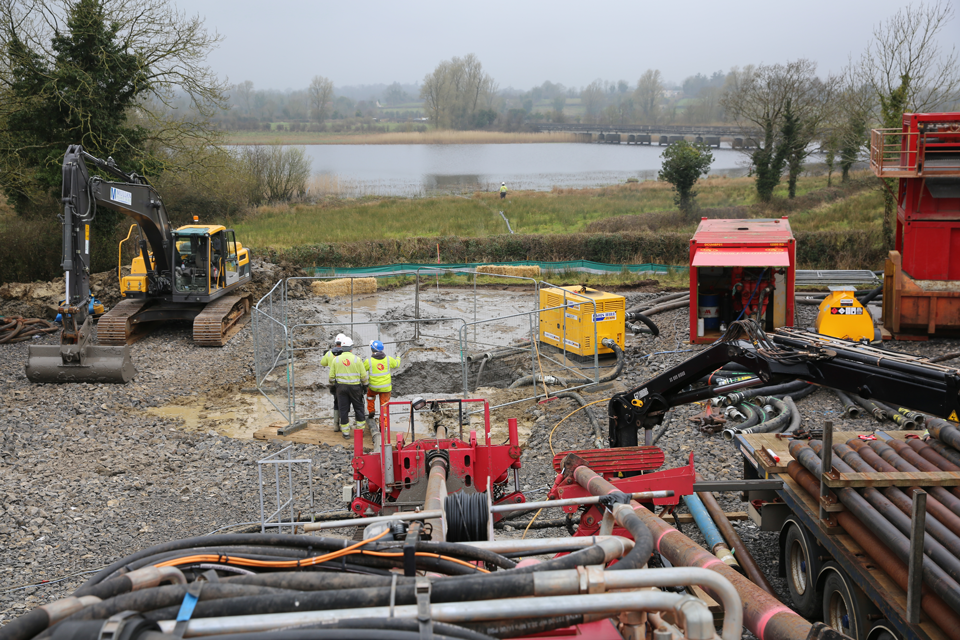