The Department for the Economy recently issued a public call for evidence as it develops a new energy strategy for Northern Ireland. Below, we have outlined Mutual Energy’s response to this call for evidence with an approach centred around decarbonising energy.

Historically, efforts on decarbonisation have been carried out in silos – on an industry by industry basis. In order to achieve large scale, cost effective decarbonisation however it is essential that the use of energy be considered as a whole system – incorporating heat, industrial use, transport, electricity and gas.

The main progress to date in Northern Ireland has been in two sectors, and largely dominated by two approaches. Electricity initiatives have concentrated on reducing the carbon intensity of electrical energy, such as by integrating large levels of wind onto the system. Gas initiatives have concentrated on converting more carbon intensive energy users over to gas, as gas is one of the least carbon intensive energy sources at 0.205t/MWh, still below electricity at the household level.

The energy strategy must ensure that both the electricity industry and the gas industry adopt both approaches, that is:

1. reducing carbon content of their energy medium;
2. and conversion of energy users of more CO2 intensive fuels over.

Cost will a major contributory factor in decisions, but should not stand in the way of the overall imperative to decarbonise. High levels of fuel poverty and risk of businesses becoming uncompetitive must be taken into account.

As the below graphic demonstrates, the decarbonisation solutions for one sector are often reliant upon another sector to deliver – whether that is the electricity network producing hydrogen for the gas sector via electrolysis, the agricultural sector providing zero-carbon gas to the gas industry via anaerobic digestion from waste, or the gas industry supplying the electricity network with decarbonised gas for dispatchable plant. An integrated system view is required. 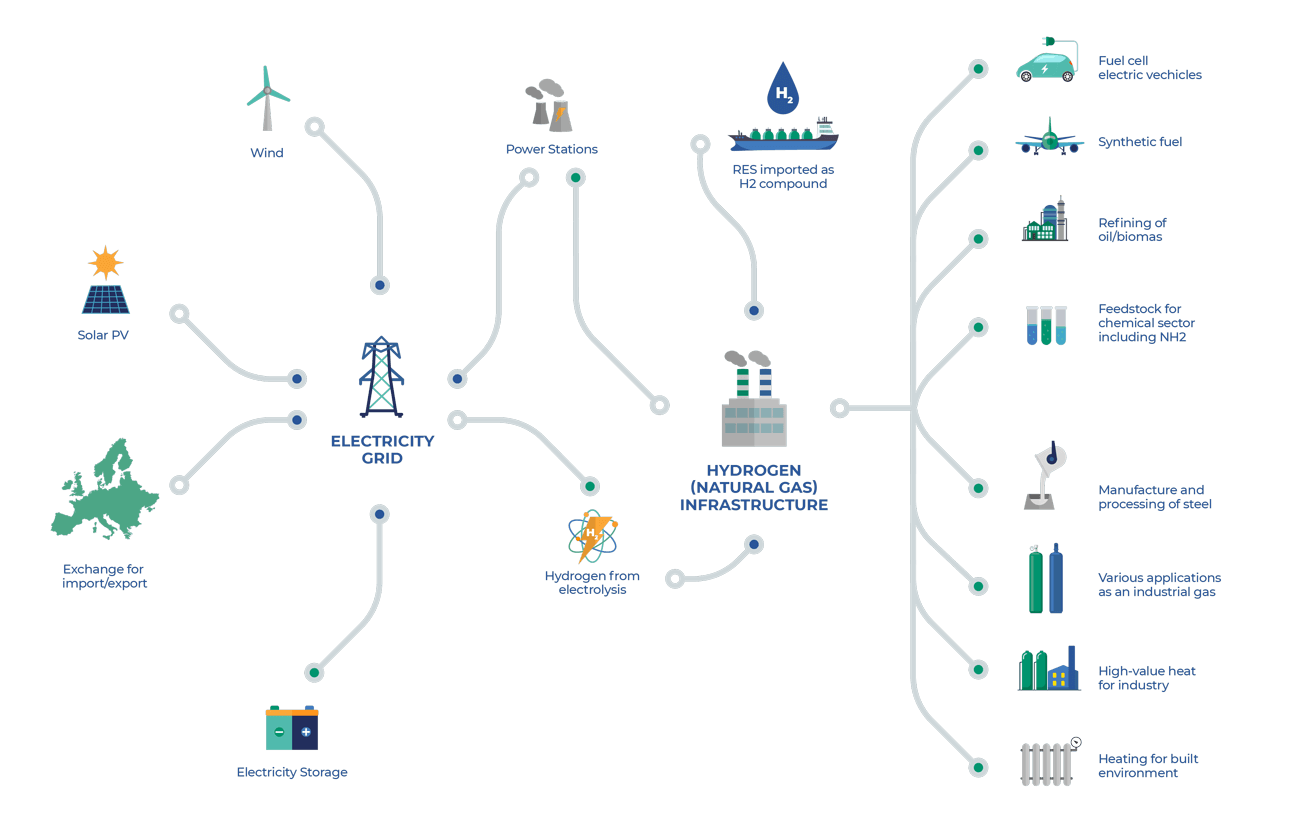 Early priority needs to be given to decarbonising the gas network. We lag far behind GB, which is the source of all our gas. Hydrogen could be introduced into the GB grid within the next number of years, and unless Northern Ireland catches up, we will be in the embarrassing position of making gas more carbon intensive before it can be used.

The question is, how can gas become zero carbon? There are two well researched sources of decarbonised gas – methane from anaerobic digestion and hydrogen.

Methane from anaerobic digestion injected into the grid is widespread practice in GB and elsewhere in Europe. Sadly, Northern Ireland lags behind, as historically there were no financial incentives for this injection. There is also a limit to the total fuel source available, so while Northern Ireland is well placed for this source, at best this would be in the region of 50% of the mix in the network.

We have reviewed the plethora of initiatives in GB and throughout the world on decarbonising the gas networks, all focused on increasing hydrogen content. While this clearly presents a number of challenges, the numerous pilot projects have been very successful and give comfort that challenges can be successfully overcome.

The changeover of the pipelines to hydrogen gas is logistically possible (the UK having previously converted from towns gas to natural gas over an 8 year period in the late 1960s to early 1970s), and the boilers and consumer appliances are already available as prototypes. Indeed, were the chosen final gas composition to be a mix of methane from anaerobic digestion and hydrogen, we know this is feasible as the old towns gas was 50% hydrogen and 35% methane blend (plus a number of residual gases). From a cost perspective, a hydrogen-led approach is the most cost effective due to being more in line with existing housing stock and consumer behaviour, therefore requiring much less upfront cost and less consumer change.

The biggest challenge is sourcing the hydrogen produced in a zero-carbon manner. Hydrogen from electrolysis is zero carbon if the electricity used is zero carbon. For high volumes of hydrogen, the least cost method of production is Steam Methane Reformation (SMR) or Auto Thermal Reformation (ATR), both with associated carbon capture. Carbon capture technologies for these processes already exist up to the high 90% efficiency levels.
The engineering is clearly achievable, we just need the political will.

Work should concentrate on securing a supply of hydrogen and preparing the networks to take it. Hydrogen produced from electrolysis will be a major link between the gas and electricity systems.

The key conversion targets for the gas industry are domestic heat close to the existing network, and high mileage/high weight vehicles such as HGVs and buses. Gas distribution companies are set up to connect domestic properties and should be incentivised and targeted to ramp up the connection rate.

A key target will be the provision of infrastructure for transport to convert to low carbon sources and this must also be an early priority.

For electricity, the focus should be on conversion – in particular the conversion of domestic transport to electricity. Supporting this conversion requires the public infrastructure to allow consumers’ confidence to purchase electric vehicles and a systematic approach to home charging incorporating the need for smart charging to ensure grid costs do not become excessive.

Conversion of off-gas grid properties is the most difficult challenge, largely due to the prospective costs. The priority in the early part of the strategy should be to determine the most cost-effective approach to these properties and pilot alternatives.

In respect of further decarbonising electricity, while there is clearly merit in increasing the ability of the system to incorporate more wind, it is imperative that the issue of dispatchable low carbon plant is addressed. There is a clear and obvious overlap with decarbonising the gas network as the base fuel for decarbonised plant.

The fundamental problem of intermittency – wind farms only producing when it is windy, and solar farms when it is sunny – needs to be solved, rather than just worked around. Storing electricity is one potential approach, with numerous theoretical ideas mooted. However the only non-speculative solution is battery technology and we view this as too expensive for long term storage. 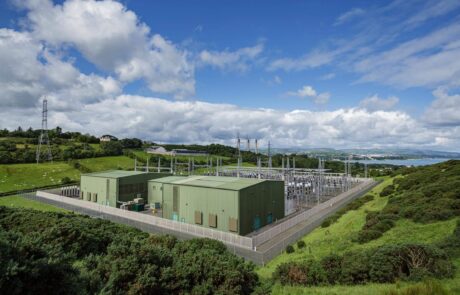 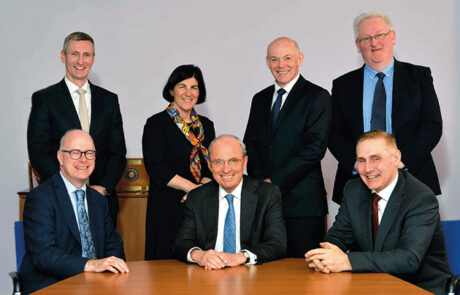 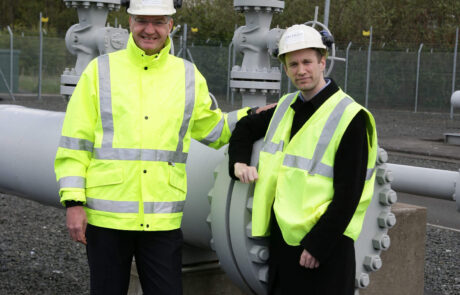 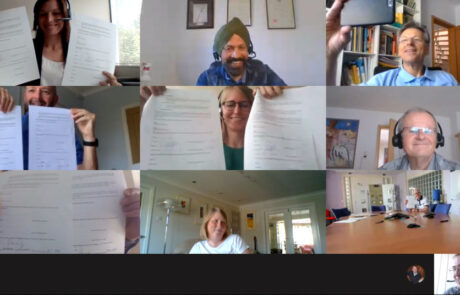 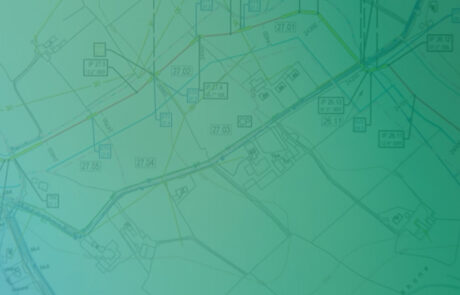 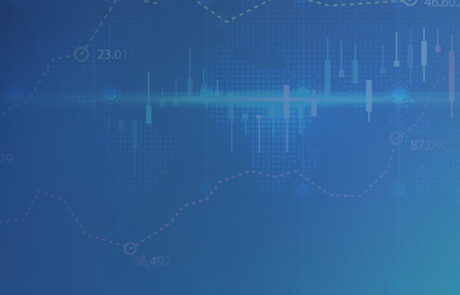 Pathways not to be followed

As important as the paths that need to be addressed are those which should not be. In our view, hydrogen domestic vehicles should not be prioritised at this point. There are insufficient vehicles produced at present – a clear message to consumers that Battery Electric Vehicles (“BEVs”) are the way forward will increase uptake – and hydrogen infrastructure can be centred around HGVs and buses rather than public stations for vehicles.

Similarly a heatpump solution for domestic heating on the gas network should not be progressed as the upfront costs are prohibitive, the ongoing costs for customers are higher than alternatives, and the impact on the electricity network will be significant. Logistically, such a conversion program is extremely challenging.

We will continue to work with the Department of Energy to feed into the new energy strategy for Northern Ireland, providing input as necessary.

FacebookTwitterRedditLinkedInWhatsAppTumblrPinterestVkXingEmail
Page load link
We use cookies on our website to give you the most relevant experience by remembering your preferences and repeat visits. By clicking “Accept”, you consent to the use of ALL the cookies.
Cookie settingsACCEPT
Manage consent

This website uses cookies to improve your experience while you navigate through the website. Out of these, the cookies that are categorized as necessary are stored on your browser as they are essential for the working of basic functionalities of the website. We also use third-party cookies that help us analyze and understand how you use this website. These cookies will be stored in your browser only with your consent. You also have the option to opt-out of these cookies. But opting out of some of these cookies may affect your browsing experience.
Necessary Always Enabled
Necessary cookies are absolutely essential for the website to function properly. This category only includes cookies that ensures basic functionalities and security features of the website. These cookies do not store any personal information.
Non-necessary
Any cookies that may not be particularly necessary for the website to function and is used specifically to collect user personal data via analytics, ads, other embedded contents are termed as non-necessary cookies. It is mandatory to procure user consent prior to running these cookies on your website.
SAVE & ACCEPT
Go to Top