History and development of the Moyle Interconnector

The Moyle Interconnector links the electricity transmission grids of Northern Ireland and Scotland through submarine cables running between converter stations at Ballycronan More in Islandmagee, County Antrim and Auchencrosh in Ayrshire. The link has a capacity of 500MW.

With the introduction of an all-Ireland Single Electricity Market (SEM) in 2007, these benefits extended to consumers across the island of Ireland.

Whilst these benefits continue to this day, the benefits are now less one-directional. More recently, with the increased prevalence of wind energy in the SEM, the Moyle interconnector has also allowed considerable flows of energy from Northern Ireland to Scotland, allowing British electricity consumers to enjoy low-cost renewable energy when the Single Electricity Market has a surplus.

When the new Integrated Single Electricity Market (I-SEM) went live on 1st October 2018, the SEM and GB markets became even more closely linked, and evidence suggests that Moyle is now being used much more efficiently to benefit consumers in both markets.

Electrical interconnection between Northern Ireland and Scotland had been considered for more than thirty years before the Moyle Interconnector project began in 1990. Early studies had established that direct current (DC) interconnection would be superior to the alternating current (AC) alternative both technically and economically and this was confirmed in subsequent feasibility studies.

The study carried out in 1990, which included the first seabed survey, led to the signing of the initial interconnector agreement between Northern Ireland Electricity (NIE) and Scottish Power. Following a protracted planning process, including Public Inquires in Northern Ireland and Scotland, the last of the main consents was granted in 1998 with detailed planning permission for the converter stations following in 2000.

The configuration of the Moyle Interconnector was chosen to provide the high reliability required of a link that was expected to be the equal largest infeed to the Irish electricity system for many years. Implementation involved the construction of High Voltage Direct Current (HVDC) converter stations of 2x250MW dual monopole design in Northern Ireland and Scotland, the installation of an underground and submarine DC cable system consisting of two separate 250 MW cables running the 63km route length between the stations and the construction of 64km of 275kV AC overhead line in Scotland.

In 1999, Moyle Interconnector Limited (Moyle), was established within Viridian Group PLC to construct the link. At the end of that year, Moyle awarded two turnkey contracts for the design, manufacture, installation and commissioning of the major elements of the interconnector. Nexans Norway AS was the supplier of the cable systems, while Siemens plc provided the converter stations connected to the transmission systems in Northern Ireland and Scotland.

In 2000, Scottish Power awarded the contract for construction of 64km of 275kV single circuit overhead line from their existing Coylton substation to Moyle’s converter station at Auchencrosh. Balfour Beatty was the contractor.

Manufacture and construction took place during 2000 and 2001. The Moyle Interconnector was commissioned in December 2001 and, after a trial operation period, began full commercial operation in April 2002. 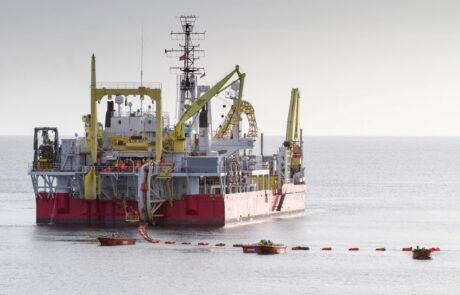 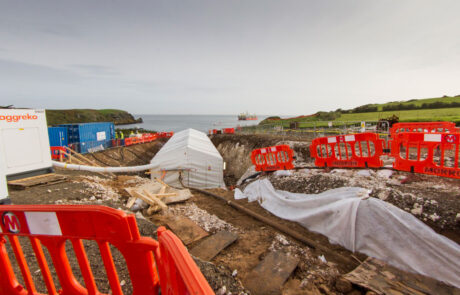 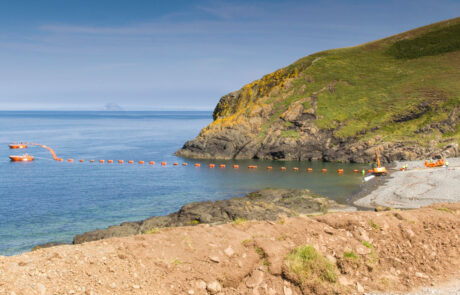 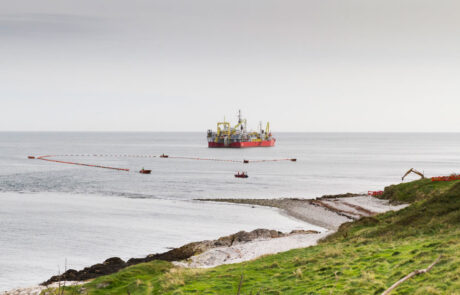 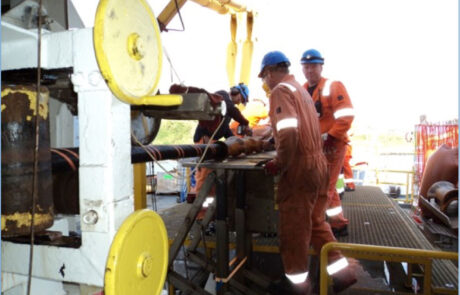 From 2010 onwards, the Moyle Interconnector experienced a number of faults on its low voltage cables, leaving it only able to operate reliably at half capacity from June 2012.

In order to address this, it was agreed with the Utility Regulator to replace the low voltage parts of the Moyle cables in a major project which got underway in early 2015.

A contract was signed with the original cable manufacturer, Nexans, for the manufacture, installation and commissioning of the replacement cables which would increase the stability and flexibility of the Northern Ireland electricity system, as well as providing enhanced security of supply.

The project, which had considerable engineering, commercial and management challenges, was completed on time and well within budget, with over 250,000 hours worked with no lost time accidents, reflecting Mutual Energy’s strong commitment to health and safety.

FacebookTwitterRedditLinkedInWhatsAppTumblrPinterestVkXingEmail
Page load link
We use cookies on our website to give you the most relevant experience by remembering your preferences and repeat visits. By clicking “Accept”, you consent to the use of ALL the cookies.
Cookie settingsACCEPT
Manage consent

This website uses cookies to improve your experience while you navigate through the website. Out of these, the cookies that are categorized as necessary are stored on your browser as they are essential for the working of basic functionalities of the website. We also use third-party cookies that help us analyze and understand how you use this website. These cookies will be stored in your browser only with your consent. You also have the option to opt-out of these cookies. But opting out of some of these cookies may affect your browsing experience.
Necessary Always Enabled
Necessary cookies are absolutely essential for the website to function properly. This category only includes cookies that ensures basic functionalities and security features of the website. These cookies do not store any personal information.
Non-necessary
Any cookies that may not be particularly necessary for the website to function and is used specifically to collect user personal data via analytics, ads, other embedded contents are termed as non-necessary cookies. It is mandatory to procure user consent prior to running these cookies on your website.
SAVE & ACCEPT
Go to Top